HomeBuying a ukuleleThe History of the Ukulele

The History of the Ukulele 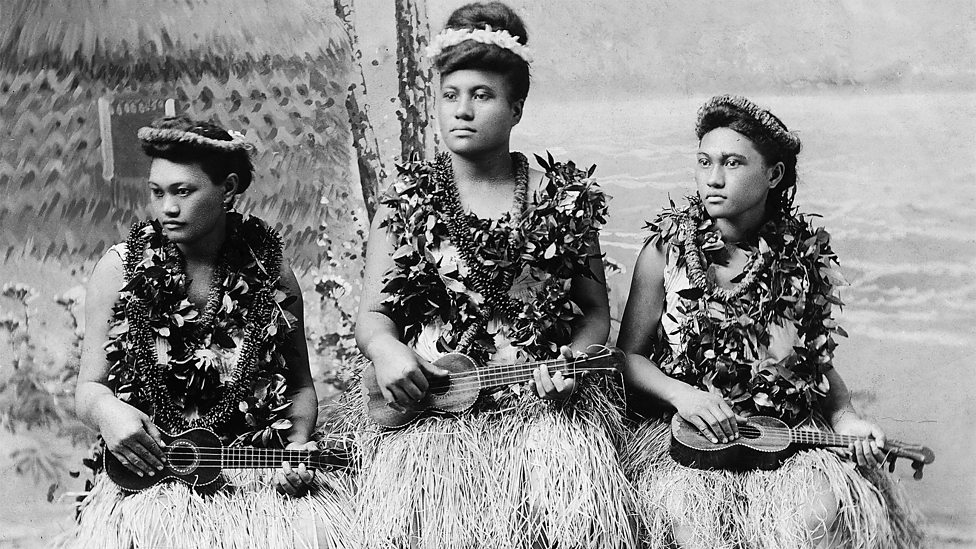 Most people associate the ukulele with Hawaii. Now, of course, ‘ukulele’ is a name given to the instrument by the Hawaiians. Much of the music that you find nowadays is from Hawaii too. However, this is not where the ukulele began its life. For this, we need to head on over to Europe.

The instrument was known as a machete (or machete de Braga if you want to get technical). It was an instrument which was developed in the Madeira islands, which can be found in Portugal. However, it is worth noting that the instrument is not a 100% unique invention. The people who developed it were likely looking to the lute for inspiration. Obviously, the ukulele belongs to the guitar family.

At some point in the 1800s, the ukulele was taken to Hawaii by Portuguese immigrants. These people emigrated to the islands to work in the sugar cane fields. While we do not know much about how the instrument took hold on the islands, it is likely that these three people (who arrived in Hawaii in 1879) were the first people to build the traditional Hawaiian ukulele:

This is where things become a little bit muddled. Nobody knows how the ukulele got its name. While there are several ‘legends’, and we are going to talk about those in a short while, there is no real evidence which backs any of those up. So, I am afraid that the naming of the instrument is something which has been lost to time. What we do know, however, is that when you roughly translate ukulele into English, it means ‘jumping flea’. This leads us onto our first story.

The story goes that Joao Fernandes reached the port of Honolulu. As soon as he got off the boat, he started to play the instrument. The Hawaiians saw the way in which his fingers were darting around the fretboard and they likened it to dancing fleas.  A similar story has been attributed to Edward Purvis, an Englishman.

The last monarch in Hawaii, Queen Lili’uokalani, states that the word ‘ukulele’ means ‘the gift that came here’. So, she is implying that the ukulele brought the gift of music to the island.

One thing that we do know about ukulele history is that the ukulele very quickly became part of Hawaiian culture. One of the reasons why it managed to adapt to Hawaiian culture so quickly is because King David Kalakaua loved the instrument so much. In fact, he hired Edward Purvis to help him to learn the instrument.

The problem at the time was that the native Hawaiians were not that keen about the Europeans invading their territory (to be honest, they are still not that keen to this day as it resulted in the erosion of some of their culture). The King was willing to work against this, though. One of the reasons why he was so passionate about introducing the ukulele to Hawaiian culture is because he believed that this was the best way to reignite a passion with traditional Hawaiian music. We must admit, this is something which seemed to work incredibly well as much of the ukulele music that we hear nowadays has its roots in Hawaiian culture that existed long before the ukulele was even brought to the islands.

The Making of the Ukulele  – Ukulele history

While the three men that we listed previously spent most of the time on the sugar plantations, they were eventually told to stop. This is because the ukulele was really starting to take hold on the island. As a result, the three dedicated themselves solely to the construction of the ukulele (they were listed as guitar markers at the time). Eventually, the instrument started to spread to mainland America. These instruments were only made by Manuel Nunes, though. In fact, his family still continues to manufacture ukuleles to this day.

Introduction to the US

While the ‘machete’ has traveled around the world for a good while, it was not until the early 1900s that the instrument was introduced to mainland America. Nobody really knows why this is. It was given its first introduction at the Panama Pacific International Exposition in 1915 (held in San Francisco), with several groups playing. This allowed the instrument to start to gather fans in the country. In fact, Hawaiian music as a whole boomed during the early 1920s, likely attributed to these performances.

Then something changed. In the past, the ukulele was a handcrafted instrument which had a lot of love poured into it. The mainland American companies just wanted to pump out as many instruments as they could. This lowered the quality a bit BUT it made the instrument that much more accessible to the general public.

This mass production likely contributed to the change in the way in which ukuleles were constructed. New, larger constructions were introduced which changed up the sound of the ukulele a bit. This allowed the ukulele to be usable in even more genres of music. To this day, you will find that the ukulele is used to great effect in every genre of music, mainly due to the fact it sounds so brilliant.

Today, the ukulele is going from strength to strength. You can find it for sale in most music shops around the world, and the small size has made it easier for more people to get into the instrument. You may also notice that the ukulele industry picked up drastically during the internet boom, mainly due to online video tutorials. We doubt that the popularity is going to wane anytime soon.  There are some amazing  groups of all- singing, all-strumming players called Ukulele Orchestras.

Try Not To Laugh

Be the first to know about exclusive offers

Half Step Up ukulele tuning